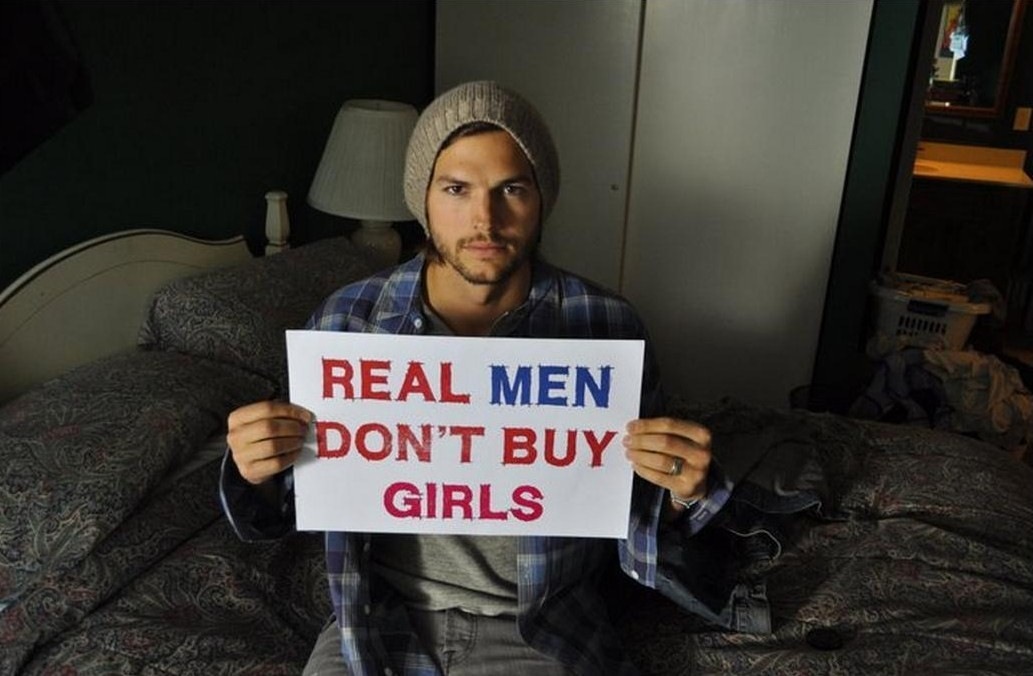 SCENES Business is dedicated to highlighting areas where private, non-profit or for-profit enterprises devote themselves to doing good. Building civil society and protecting the most vulnerable are key to a free society. And one of the stories that inspires us the most is actor Ashton Kutcher’s work in fighting the sex trafficking and exploitation of children.

It’s not a pretty subject. Few want to think about it. But the global trade in helpless human beings is a major illegal industry. Ashton Kutcher has founded an organization, the Thorn Foundation, that confronts this plague head on.

As the Independent (U.K.) reports:

An organisation set up by the actor Ashton Kutcher has identified 2,000 child victims of trafficking in the past six months.

The Hollywood star gave an emotional speech to the Senate Foreign Relations Committee on Wednesday, as he called for more to be done to tackle child sexual abuse.

The 39-year-old co-founded Thorn: Digital Defenders of Children, which builds software to fight human trafficking, with his ex-wife Demi Moore in 2009.

In total, the tool had identified 6,000 victims of modern slavery in six months, he revealed.

Thorn’s CEO, Julie Cordua, writes: “We refuse to live in a world where abused children remain in their situation because the technology needed to find them and stop their abuse exists, but simply isn’t being used. We are inspired, not deterred, by difficulty and we will continue to innovate, by bringing the best talent and resources to bear, to find children faster and stop online abuse.”

But The Next Web warns:

The non-profit clearly has its work cut out for it: In 2012, the International Labor Organization estimated that there were roughly 21 million human trafficking victims worldwide, of which about 5 million were being sexually exploited. According to Thorn, the internet is largely to blame: It found that 63 percent of child sex trafficking victims that it surveyed were advertised online.

In addition to researching the circumstances that facilitate child sex trafficking, Thorn is also building tech to help fight it. In 2013, it worked with Twilio to create a shortcode that victims of sexual exploitation, as well as witnesses could text to seek help discreetly. From its launch through last June, the system enabled 3,808 conversations via text message that led to 3,631 substantive cases and 18 potential victims extracted.

More recently, it launched Spotlight, a Web app that assists in trafficking investigations by helping them sift through thousands of classifieds and forum posts advertising escort services from several sites. It uses machine learning to analyze data and identify suspicious ads that may involve minors, matching images and generating profiles so individual cases are easier to track.

Kutcher made his career in an industry with its own dark history of child sexual abuse. See the neglected but powerful documentary An Open Secret, about the systemic molestation of child actors in Hollywood by those hired to teach them on set. Now he’s the father of two children himself, and Kutcher is devoted to fighting this plague on a global scale. As Mashable reported, Kutcher told the U.S. Congress: “I’m here today to defend the right to pursue happiness…. But the right to pursue happiness for so many is stripped away. It’s raped, it’s abused, it’s taken by force, fraud or coercion … It’s sold for the momentary happiness of another.”

In 2016, Thorn organized a “Child Safety Hack-a-Thon,” summoning the talents of programmers around the world to producing more powerful software for identifying and rescuing trafficked children. According to Thorn:

Engineers and data scientists came out in force to use their skills to create solutions to help protect, identify and facilitate the rescue of exploited children. We were happy to see individuals join in from Facebook and many of our partner companies: Amazon Web Services, Cloudera, Microsoft, Google, Zynga, and a handful of individuals who we’ve connected with through our Digital Defenders survey.

After a quick two days of work, teams presented some of their approaches, including:

Thorn will continue to rely on the power of crowdsourcing and volunteerism to help curb this egregious, but too little noticed, side-effect of the digital revolution.