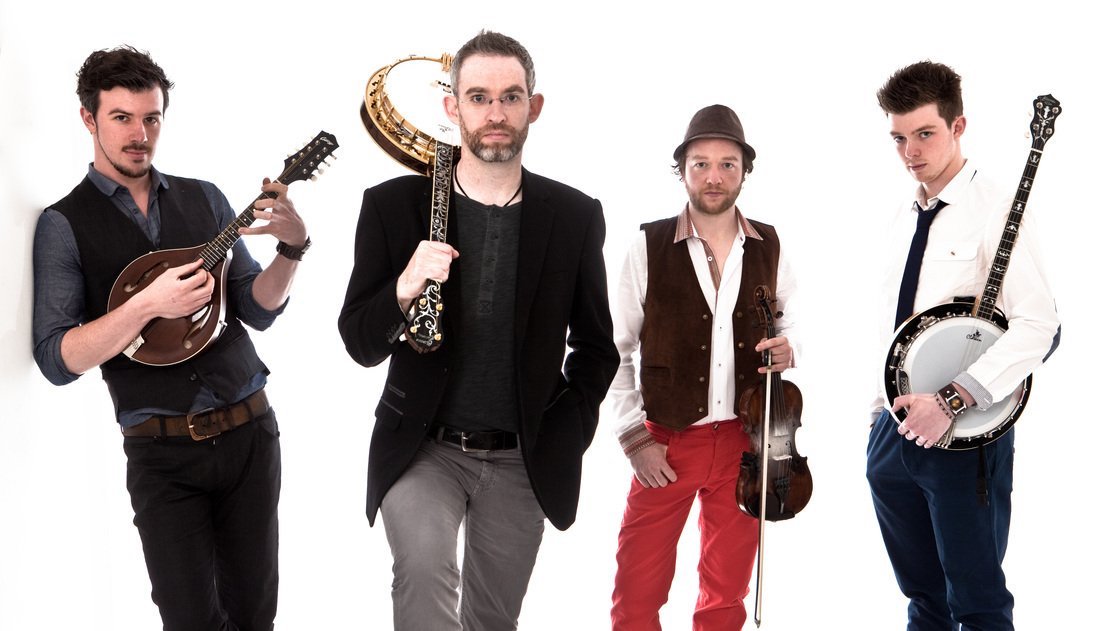 Without the traditions and influence of folk music from the British Isles, American folk and roots music might never have existed. Going back to the Celtic origins of our own music is enriching, and a whole lot of fun.

We Banjo 3 from Galway in Ireland has conquered their native homeland. Now they’re moving into the American roots music scene. Their album “String Theory,” released in 2016, took the top spot on Billboard’s world music chart.

We Banjo 3 is yet another successful group led by siblings — in this case, two sets of siblings. Brothers Edna and Fergal Scahill both sing. Edna plays tenor banjo and Fergal plays fiddle, viola, dobro, guitar, mandolin and a host of percussion instruments. These two are joined by brothers Martin and David Howley. David is the group’s lead singer and guitarist, while Martin plays tenor banjo and mandolin. Martin Howley has the distinction of being the first Irish musician to perform at the Grand Ole Opry. Edna Scahill has recorded with Ricky Scaggs, performed with The Chieftains, recorded a solo album entitled “Pick It Up” and recorded Humdinger with Paul Brock and Green Grass Blue Grass with The Brock McGuire Band. Fergal Scahill has recorded two solo albums, “The Dusty Bridge” and “Wayfaring.”

While the group’s sound is rooted in folk, American country music fans will be delighted by its bluegrass stylings.

The group has been touring the states for years and is currently on an extensive tour that ends in mid-September, allowing for the rare chance to hear one of the most important Irish roots music groups on the scene today.

With We Banjo 3’s authentic roots sound and broad appeal, it may soon be joining other U.K. groups in making the leap from local pub darlings to world pop breakouts.

We Banjo 3 performed live for SCENES readers on Facebook last Friday, as part of SCENES Live Sessions. Check out their dynamic set here: