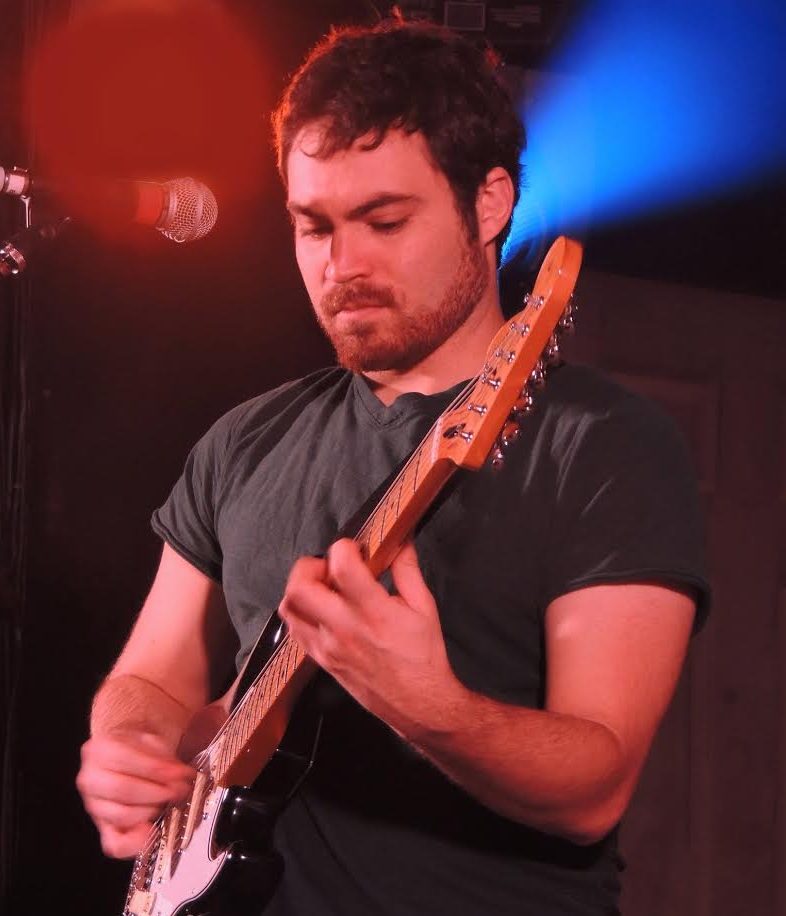 Jordan Okrend invited us into his room for a performance during SCENES Live Sessions recently (June 16).  The famous Beatles poster of band members crossing Abbey Road together hung behind him on one wall, and an Indian style tapestry hung on the wall adjacent him.

These two images depict Okrend perfectly in his love for iconic music and world travel. He has an approachable, every-man quality behind his rare talent.

Okrend has an uncanny range that sneaks up on you. He easily goes from a gutteral, raspyness, to powerful high notes in one verse. His ability to carry this off reminds me a bit of one of my recent favorites, the hip hop/blues Rag N Bone Man himself. Okrend’s guitar playing includes jazz, blues and rock qualities that also work to showcase his versatility.

His lyrics are heartfelt, and for the most part, meant for the more in-depth thinker. In his first song for his live Session, Tomorrow, Okrend explores the positivity of thinking about how no matter what’s happened in your past, tomorrow holds the promise of being better. His second song that he shared was Dance by the River, the title track to his upcoming album due out in a couple days (June 23). “Can’t keep up all the time…I just want to dance by the riverside,” Okrend let loose. This one proves to be a lighter offering meant for anyone who just wants to take a breather, put down their cares for a while, and dance.

His final song, Unity, was a call to action much like songs Bob Marley offered up during tumultuous times. Okrend, like Marley challenges us to be unified more than we are separated by the events around us. “Waiting for unity that’s taken a backseat. Praying for some sanity to rise up from defeat,” he sings. This song speaks most to his personal as well as spiritual philosophies of one’s power to rise above externals in life, finding meaning, joy and fulfillment in spite of what’s going on around, and recognizing human potential.

When asked about his songwriting process, Okrend had this to offer, “For me the music and melody usually come first. I’ll either hear a groove in my head or I’ll just be jamming out on the guitar. I’ll figure out a cool chord progression, and then I’ll follow it with a nice melody. Sometimes I’ll write the chorus first, establish a theme, or will just come up with a verse first. Once I get a verse and chorus together, I go from there. Usually when I write, it happens fast and spontaneously.”

The fact that he resides in Asheville is apropos for his style of music. The city has gradually risen in the ranks of noted music cities for the last few years and shows no signs of slowing down. “There are countless venues and places to play. We have a very diverse mix of music and the area tends to attract creative types and music lovers. The small community also makes it easier to connect with other musicians and take part in many of the organizations that are helping to grow the music scene here,” Okrend says of his home base.

With the release this week of his upcoming album and his continued efforts there’s no question he’ll continue to stand out among Asheville’s artists and we’ll be undoubtedly hearing more of the Jordan Okrend Experience.