Wild Skies Soon To Be On Everyone’s Horizon

Home Feature Wild Skies Soon To Be On Everyone’s Horizon 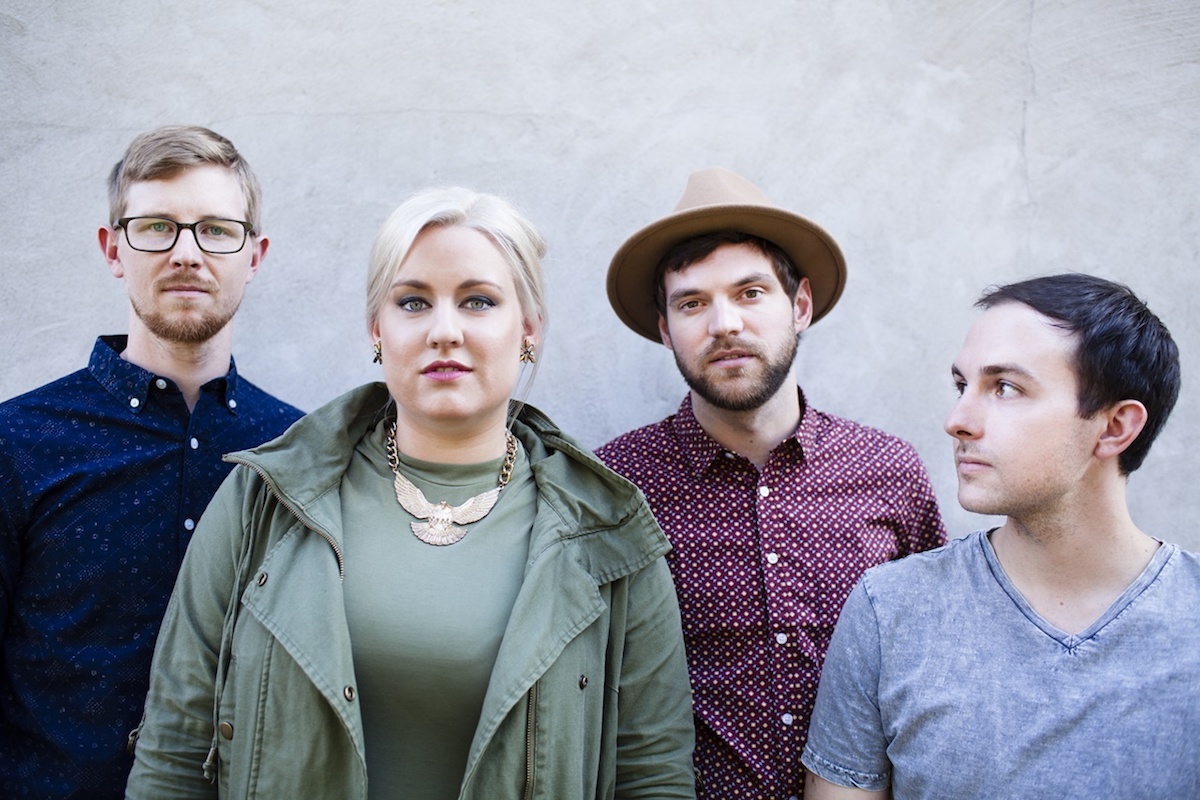 Wild Skies Soon To Be On Everyone’s Horizon

Aaron Lechlak and Kristine Sorum-Williams, two members of the Chicago-based band Wild Skies, gave a powerful performance with only their guitar to accompany them, during their Friday (May 26) Live Sessions for SCENES.

Having seen the Civil Wars, a few years back, before they became a staple in everyone’s playlist, I felt as if I heard traces of that same type of raw, uncut sound, pure voices well harmonized with strong guitar playing from this duo. The band, which usually also consists of Tommy Good and Andy Kearns, has an indie-rock/D.I.Y. sound like few others currently on the music scene.

A big contributor to any band’s sound is its origins. I was curious as to how this band felt their roots came into play. “Being from the Midwest I think gives us all a certain Americana vibe that influences our sound. There’s also a certain gritty backbone to Chicago that really pushes us to make music that reflects that. It’s also such a melting pot of a city, so we’re never afraid to push the envelope and step outside the box of what we might describe as “folky” or “traditional Americana,” Kristine explained.

The album, Far From Below, has a well-balanced mixture of songs that deal with love such as Please Take Me Back and catchy ones like Carry On that are great for those days you might not feel like showing up for your day-to-day grind. Stay Here Now’s piano accompaniment adds an additional perfection to the song, but the band also knows when to let up and just let their voices do the heavy lifting. In Heaven Help Us, Kristine’s former opera background is evident. When she belts out repetitions of the lyric when you’re on your own, you can picture her on the back of a truck singing with friends by a fire under a night sky and yet, somehow simultaneously you have no problem picturing her on an elaborate stage accompanied by the Philharmonic.

Every band has its dues to pay and obstacles to overcome. “When it comes to what drives us when things get difficult, I think it really comes down to just a passion for the act of making music and a lifelong love affair with being around it,” Kristine explained. “I don’t think any of us could really picture our lives without live shows and writing new music. There’s a very different type of happiness that comes with all aspects of the music scene but not being around it would seem impossible. In short, I think it’s just this ‘thing’ that we all felt a draw to and can’t really shake. That’s what keeps us all going when it seems like we could just give up.”

From their strong lyrics, solid instrumentals and equally amazing vocals, it’s clear that it won’t be long until music lovers will walk outside, look up and see that their musical horizons aren’t the same tepid blue, but have indeed become Wild Skies.