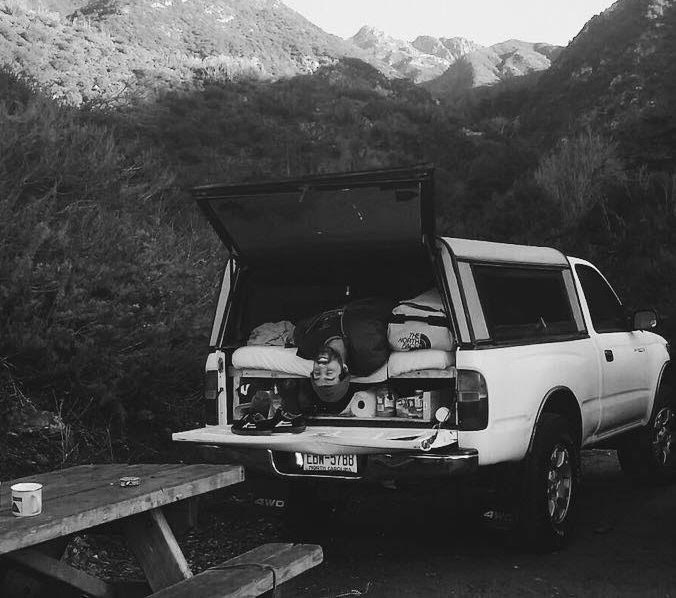 A newbie to the singer/songwriter platform, Chris Frisina showcased his talent on SCENES Live Sessions recently (May 19) with the songs Back Patio, and Easy plus an added bonus track.

His voice and guitar playing have a Bob Dylan quality, yet he incorporates the harmonica like Springsteen and manages to combine these qualities culminating in a style all his own. In his SCENES Live Session, Frisina dishes on his somewhat nomadic life and comes across very down to earth, like one of your brother’s cool friends who comes over every now and then to hang out.

In many ways, Frisina lives a musician’s idyllic dream. Somewhat of a traveler, he just returned from Lake Tahoe where he worked for 4 months at a ski resort. Recently, he drove across country and camped out in a self-built bed in the back of his truck. He’s had some zany experiences during his roaming, such as backing into trees in Texas, being swarmed by raccoons in California, and getting stuck camping in sketchy places in New Mexico—all the stuff of good songs.

Frisina plays at a variety of venues where the audiences can also vary. “Last week, a group of guys in the army helped me carry my speakers out to my truck after a gig.  They told me that my songs really hit home for them and that they couldn’t wait for my album to come out,” Frisina said.

As for his influences, Frisina says that simple, hardworking people inspire him—people with stories to tell. Growing up in the Southern Tier region of Western New York, along the border of Pennsylvania, gave him plenty to write about.

“It was a peaceful place to grow up. I always seem to be pretty far away from home. I miss it. My mind goes there all the time. Whenever I sit down to write a song, that’s usually the first place my mind ends up. Back home,” he states.

As Frisina will tell you, his songwriting process is pretty free flowing. “I usually write the best in the morning with coffee, that’s when my mind is clear. When I say ‘write,’ I mean just strum my guitar and think about things until maybe a song comes out. I rarely write anything down but would love to start doing that more. ”

His tracks are varied and can have humor at times while also waxing poetic. His more serious lyrics in Back Patio, “you were hoping we might grow some, but mostly you just grew away from me” are both simple and yet resonate with any listener who has loved and lost. You can hear Frisina’s first collection, Fences, in July.

Along with the G.I.’s who toted in his speakers, I will be anxious to hear it.