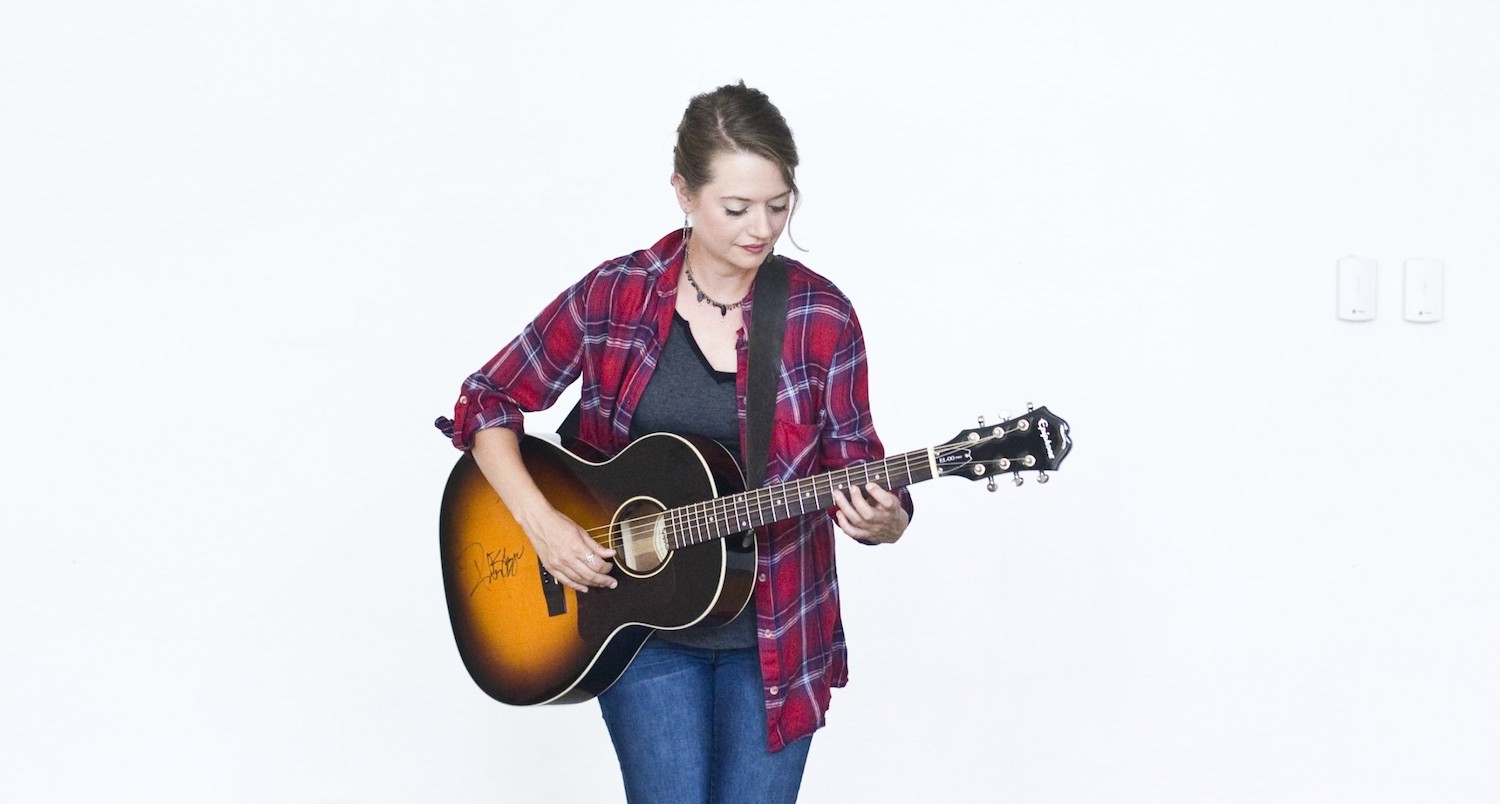 Sitting comfortably and strumming her guitar, Ashley Heath, an up and coming Asheville musician, shared her smoky vocals on SCENES Live Sessions. Ashley played two new songs “Where Hope Never Dies,” and “Same Old Blue as the Day Before,” revealing she’s been working on new music in the past few months.  She also shared “Borderline,” a hit from her album, “A Different Stream.” Watch Ashley’s live session here.

Ashley’s music ranges from folk to country to blues but definitely has a new spark. Her vocals and lyrics share a depth of tone both in voice and attitude. Her confidence is clear—music is her home, and we feel it too in her soulful picking.

A large part of the Asheville music collective, Ashley tours regionally with her “Heathens” who play background guitar, bass, and drums. In a few weeks, Ashley and her Heathens take the stage at the LEAF Festival, a celebration of music and culture and how the arts unite us all.

A long-time Asheville resident, Ashley’s barista days quickly turned to open mic performances and songwriting became her new job. Her song “Borderline” is listed as a top tune from the Asheville music scene. Her album also garnered praise and was voted number 48 on WNCW 88.7’s top 100 releases of 2016. This is Ashley’s first album full of smooth, original songs with a lyrical, bluesy beat.

For upcoming tour dates, music, and all the latest on Ashley, check out her website and social media channels.