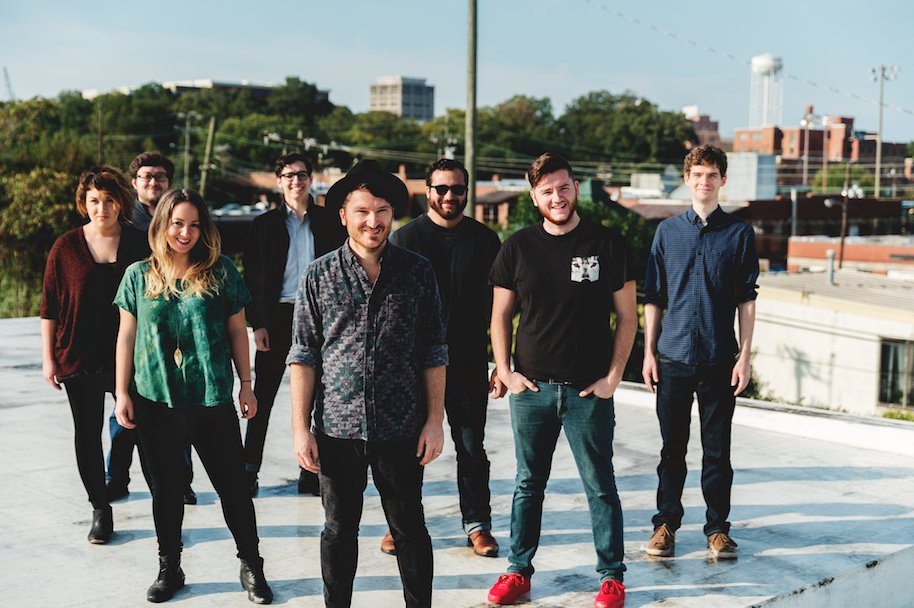 At noon on Friday, March 17, The Pinkerton Raid comes to SCENES Live Sessions on Facebook.

They play dynamic indie pop that’s influenced by the blues and the grass roots music of the Blue Ridge Mountains.

Brother and sister, Jesse and Katie DeConto, are the creative drivers of the group and its co-lead singers. They are both involved in the Durham, North Carolina community, where Jesse is an author, songwriter, and founder of Durham County Beer & Hymns at Fullsteam Brewery. Katie nurtures other creative talents as co-founder of Mercury Studio and The Makery.

Jesse and Katie build many of the group’s arrangements around their brother Steven’s guitar, adding Eric Johnson and Michael DePue’s electric guitar overlays and the propulsive drumming of Steve Anderson.

In anticipation of our live show give a listen to “The King’s Last Stand.” You may well want to go immediately to their BandCamp outpost to buy their latest album, “Tolerance Ends, Love Begins.”