It Started with Desperation 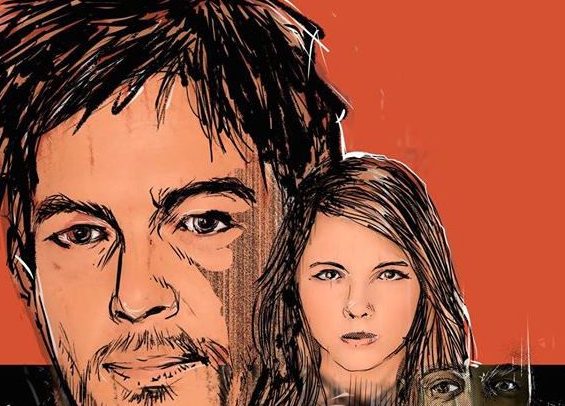 It Started with Desperation

I sat across from my literary manager as we ate lunch in the airy, sun-lit dining room of the Los Angeles Tennis Club. We met here every few months to assess the state of my Hollywood writing career. That afternoon, he looked up from his Cobb salad with a bemused smile.

“Where did you get the confidence to direct?” he asked. I knew it wasn’t confidence, so I admitted what it was. “Desperation,” I said.

And it was true. We were discussing a feature film I’d written and planned to direct, though I had never directed more than a couple short films and indie music videos. My first-time directorial project was a journey that had started nearly two years earlier, and it had indeed started with desperation…

For several years, I had been making a living as a writer on hour-long TV dramas, a cable movie-of-the-week, and other miscellaneous gigs (a network TV outline here, a webisode there). In the spring of 2014, I launched myself into that grueling annual gauntlet known to television writers as “staffing season,” wherein scribes take whatever meetings they can get with TV producers, in hopes of getting hired to work on a show. That season, I got close to being hired on a couple shows. After one meeting, the producer I interviewed with called my manager to ask how much I cost. Things were looking hopeful. Employment seemed imminent.

And then, within a few days, we got a succession of dispiriting phone calls telling us the producers had “gone another direction” with hiring, and I would not be getting a job that TV staffing season. By then, I had learned to expect rejection as the norm, but it still sucked getting that news. It’s never fun to be rejected and unemployed.

After that failed round of staffing, I was sitting in my Studio City apartment one afternoon, and I had a revelation. I could either sit around waiting for my manager to call with another job possibility, or… since I am a writer, I could write something and then go produce it myself. It seemed like a strange—but thrilling—idea.

Up until then, I had primarily worked in hour-long TV, but I had written a couple un-produced feature-length screenplays too. The possibilities began swirling in my head, and stirring hope in my chest. I could write a feature screenplay, then go back to Kentucky (where I’d grown up and where my family was) and shoot the movie on a micro-budget using local actors and talent.

Why not? If Hollywood would not employ me, I’d employ myself. As a writer, I was one of the fortunate few who enjoyed the ability to create opportunities for myself. Actors, directors, producers, props, wardrobe, composers, hair-and-makeup artists… none of them can do what they do without a script. Only a writer can create a project from scratch, which then creates the opportunity for those other artists to practice their craft. Not only could I create my own opportunity, I could create opportunities for others.

Newly inspired, I determined to spend the next few months cranking out a script that I could shoot in Kentucky. Looking back, I’m still not sure why I thought this was feasible. Though I’d worked as a professional TV writer for several years, I had no working contacts with actual film producers and no access to money, even the peanuts on which I envisioned shooting the film. But I didn’t let myself think about that. Again, it was as much desperation, as confidence or faith, that empowered me to move forward.

The odds of completing, let alone releasing, a successful feature film are astronomical. It requires what movie producer Lynda Obst calls “constant—bordering on psychotic—optimism.” But if you thought about the odds in this business, nobody would ever attempt anything. So I decided not to think about the odds. Instead, I started thinking about a story…

Maybe because I grew up in the South, or because I’m a fan of author Flannery O’Connor, I’ve always felt drawn to Southern Gothic stories. These are the stories of people in the American South wrestling with the darkness and light inside themselves, the stories of everyday saints and sinners. I’d grown up in this atmosphere and knew these people well (and, of course, to some degree I am “these people”). Since I’d be shooting in Kentucky, I decided to tell a story in this genre.

But what story could I come up with that would keep most of the action confined to one spot, thereby saving us money on transportation and lots of locations? After all, this is why many low- budget horror films take place in a single location. It doesn’t cost that much to throw a bunch of good-looking young people into a house and then have a maniac hunt them down. With limited locations and minimal actors, you can keep production costs down while still having a thrilling story.

As I brainstormed ideas, the image of an ankle monitor popped in my head. What if the main character was an ex-con (an old standby of Southern Gothic stories) who had an ankle monitor that kept him stuck on his farm after he’s released from prison? And what if he’s trying to reconnect with the estranged teenage daughter he hardly knew because he’d been in prison for a decade? What if she got in trouble with his former criminal pals and they threatened to kill her if he didn’t give them the money he’d stashed from a robbery years ago? If he leaves the farm to try to save his daughter, he violates his parole and the authorities are alerted. Can he get to his daughter to save her before the cops get to him?

Suddenly, I had a scenario that kept most of the story to a single location while still having dramatic stakes. Over the next few months, I wrote and revised what would become my indie feature Devil’s Hollow. Like I mentioned, I originally planned to shoot it for next-to-nothing using no stars. But the project soon started to grow…

I paid a producer friend to create an initial budget based on my first draft. It came out to just under $400,000. This is a lot of money to me, but not a lot of money for a feature film. I spoke to a wise mentor who has a long list of credits in both film and TV. “You can make this movie using all unknown actors,” he told me. “But you’ll just end up with a very expensive home movie that nobody will ever see.” My manager agreed. If we were going to do this, we needed to really go for it.

And that’s how I ended up sitting across from my manager two years later at the L.A. Tennis Club, discussing the status of Devil’s Hollow. By that point, professional producers had come aboard the project, real investors were lined up, and “name” actors were in the running.

This article is the first in a series about how Devil’s Hollow was born. I will talk about how we’ve gotten this far, and continue to tell you about the ongoing journey. You will follow the project from conception to (hopefully) production to post-production and release. Whatever happens along the way, the goal is to give you an honest behind-the-scenes look at how a low-budget independent film is made in this day and age. You’ll see the good, the ugly, the serendipitous, the challenges, the people along the way, and those moments of what I would call providence, or you might choose to call fate or lucky breaks. Whatever you call it, this is the beginning of the story of how I set out to make my first feature film. I hope you’ll join me on the journey.