No Safe Places: Horror Movies, the Election, and the Loss of Control

Home The Horror! No Safe Places: Horror Movies, the Election, and the Loss of Control 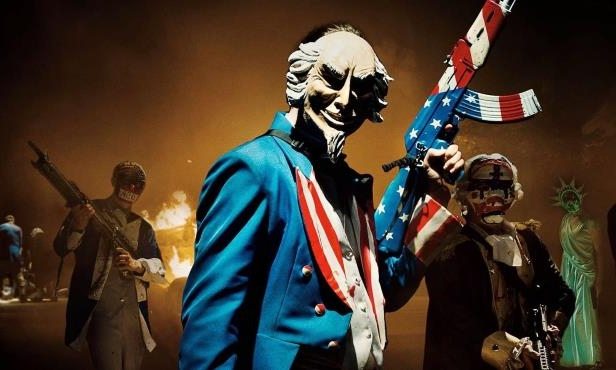 No Safe Places: Horror Movies, the Election, and the Loss of Control

No doubt there were many who hoped the conclusion of the 2016 presidential race would finally put an end to the fear and animosity generated by the competing campaigns and their willing accomplices in the media. Alas, it was not meant to be. Emotional distress over the election results have sent tens of thousands scurrying from their safe places to protest in the streets. Now obviously, a bit of the old “love thy neighbor” from both sides would go a long way towards easing these folks’ anxieties. Odd as it may seem, though, watching some horror movies might also help them cope with their fears over the regime change.

In their essay included in the scholarly tome, Individual and Community Responses to Trauma and Disaster, Doctors Holloway and Fullerton propose that “[horror] films threaten our view that the world is safe, but nonetheless, reassure us of conventional outcomes. Many individuals voluntarily expose themselves to terror by going to horror movies and reading terrifying novels. They often achieve a sense of mastery and control by watching films of terror (Terr, 1989). Vicarious exposure to terror may help us deny actual terrors— we can watch a horror movie from a distance and not be destroyed. According to Terr, the fear is loss of control; knowing is controlling.”

Assuming there is truth in what the good doctors say, let us offer as a public service to our downbeat demonstrators a handful of horror films in which the little man sticks it to the ruling elite. Perhaps by viewing them, those still experiencing cognitive discomfort from the election might better be able to work through their terrors and maybe, just maybe, feel a little more in control of their lives.

What better way to begin a list like this than with John Carpenter’s They Live (1988), the famed director’s scathing (though with tongue set firmly in cheek) take on the late-80s Reagan era. With a central conceit that works even better today than it did thirty years ago, They Live envisions a world in which all our politicians and media personalities are either hideous mind-controlling aliens, or at least in cahoots with them to advance their own status and power. It’s political sci-fi/horror at its finest, interspersing wry social commentary with memorable quips and one of the best bare-knuckled brawls put to film since The Quiet Man. If you really need to feel the vicarious thrill of putting it to the powers that be, you need look no further than They Live.

While Carpenter’s film may have an undeniable liberal slant, it’s targets are pretty much anyone who exploits the poor for their own gain. However, in the implausible dystopia of The Purge: Election Year (2016), it’s made crystal clear that it’s all those white religious Republicans who are the devil incarnate on Earth. They don’t want to exploit the poor; they just want to see them eradicated, and have instituted a yearly ritual of legalized murder to make it happen. Fortunately for The Purge universe, there’s a nice lady running for president who can fix the entire world if only she can survive long enough to make it to election day. The Purge: Election Year was undeniably heavy handed propaganda when it was released earlier this year. Now, following the real world election results, perhaps it can at least serve as a wish fulfillment fantasy through which our present day protesters can blow off a little bit of steam to.

Finally, we have Society (1989), the grossest movie on this list, or any other list for that matter. In Society, it is revealed what many have suspected all along. The ruling elite don’t just live in a different world than everybody else, they’re actually an entirely different species, one that literally feeds off the lower social classes. It’s that feeding most people will remember from Society, thanks in no small part to the squishy and surreal practical make-up effects provided by Screaming Mad George. But if they can get past the stomach churning visuals, those who would like to see the privileged get theirs will cheer mightily at scenes like the one in which a one-percenter gets his own head pulled through his body and out his own rectum.

There’s really nowhere else to go after that, is there? Look, we all know there won’t be true healing in this country until everyone internalizes the Golden Rule and puts it into action. But if the psychologists are right and our entertainment, including horror movies, can ease tensions and help everyone feel a little more in control… well, then by all means, let’s grab some popcorn and press play.